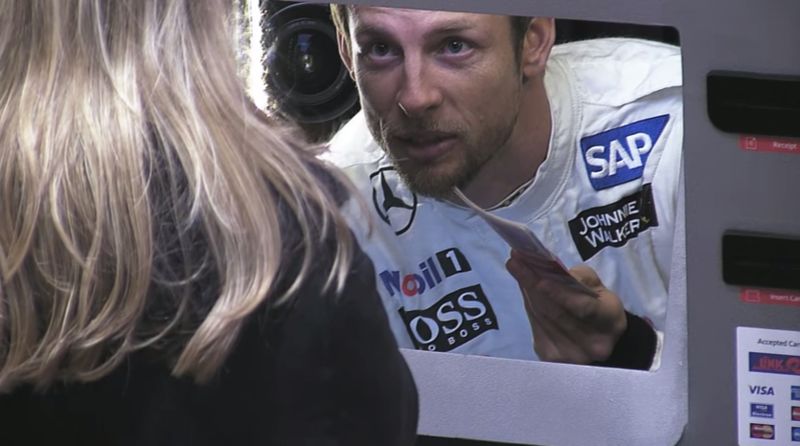 Laura McQuarrie — January 14, 2015 — Unique
References: santander & creativecriminals
Share on Facebook Share on Twitter Share on LinkedIn Share on Pinterest
As part of its fun Santander’s Secret Santa stunts, this UK bank decided to give its customers a surprise at its ATM machines. The prank involved having a "special" ATM machine that the branch was in need of feedback on.

Unbeknownst to the customers, the special ATM had a person inside—Formula One driver Jenson Button. Customers were prompted to press the red on-screen "Jenson Button," which immediately caused a flap on the ATM to open, so that Button could personally hand people money. As a treat, these people were given a gift of £100, as well as a Christmas hamper delivery by Button as he came out of the machine. Since banking and money management can be a source of stress for a lot of people, this is a fantastic way to share, especially during the holiday season when spending is high.
2.8
Score
Popularity
Activity
Freshness
Attend Future Festival