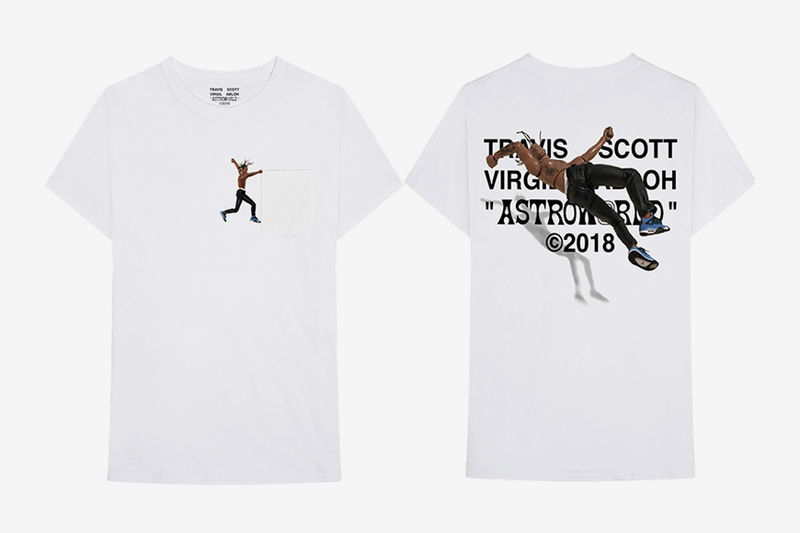 The garment itself is a simple white tee with a small pocket included on one side of the chest, which is a slightly different hue of cream. On the front, a small graphic imprint of the rapper's action figure is shown holding onto the pocket on the chest. On the back, a larger Travis Scott action figure is shown, seemingly falling through the air. Surrounding him is the name of the album, the year, as well as Virgil Abloh's name.

To keep the release exclusive, only 500 of the shirts will be available for purchase.