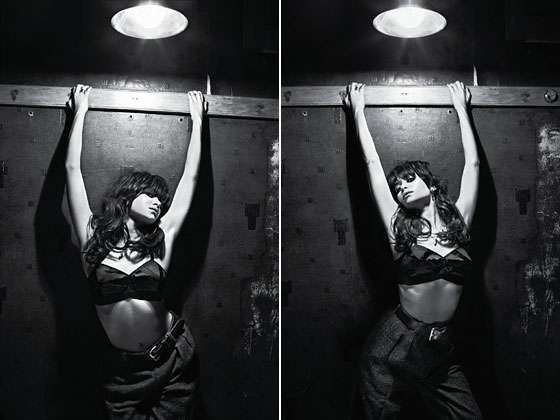 “The Other Face of Ashley Olsen” shows the Hollywood star going brunette and dressing in menswear from The Row. That’s the first-ever menswear collection by Ashley and her sister Mary-Kate Olsen, which will be launched this coming fall.

In the interview, Ashley explains her approach to menswear: “When it’s not about fashion. When you have no idea what brand it is. When it’s worn and feels good. To touch a man who has a soft sweater on, a soft pant, a great jacket, or something that, as a woman, I want to take off him and put on and feel sexy in.”