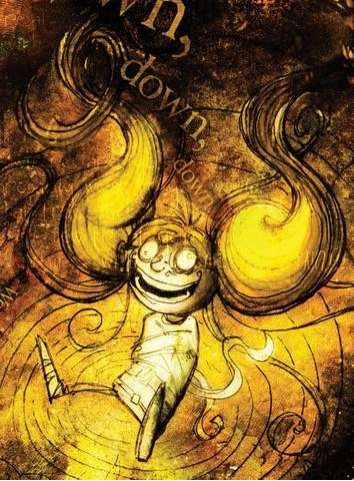 Artur Sadlos Illustrates a Journey Down the Rabbit Hole

Josh Triantafilou — May 12, 2012 — Pop Culture
References: artursadlos & characterdesignserved
Share on Facebook Share on Twitter Share on LinkedIn Share on Pinterest
In this series of illustrations, Artur Sadlos puts a new twist on a classic story. The Breslau, Poland-based illustrator has re-imagined Alice in Wonderland as a dark tale about a mentally ill girl falling down the rabbit hole of her own delusions.

Almost since its publication, Alice in Wonderland has been reinterpreted by countless artists, writers, directors and actors, though few of these interpretations have taken on a tone as tortured as Sadlos.

Throughout the series, Alice is seen cackling and wreathing in the throes of her delusion and mania. The Cheshire Cat is portrayed as a graffiti mural on the wall of some worn down, dumpy building. In the original book, the Rabbit was a fretful and timid creature, but in this reinterpretation he is menacing and conniving.

The illustrations are dark to say the least.
3
Score
Popularity
Activity
Freshness
Get Trend Hunter Dashboard