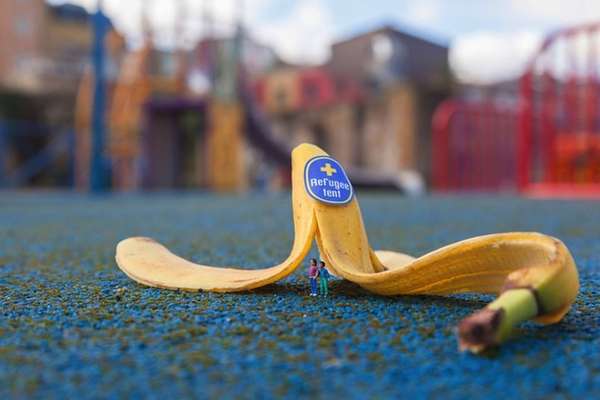 The Uk-based artist's newest addition, entitled 20 Years of War Child, celebrates 20 years of charity in support of children affected by war. Each of the miniature portraits depicts a different cruel and unjust scenario that children amidst conflict endure. Using objects such as a banana peel to make a refugee tent and a snail to depict a tank, the miniature figurines are shown fending for themselves as best they can. Using the park as a setting where play and fun occur for children and contrasting it with the depictions of war makes the viewer truly understand the injustices some children are enduring, which makes the message that much more profound.

Artist Slinkachu, who continues to create these depiction to give voice to the voiceless children in the world, is as talented as he is altruistic.
3.7
Score
Popularity
Activity
Freshness
Get the 2021 Trend Report FREE