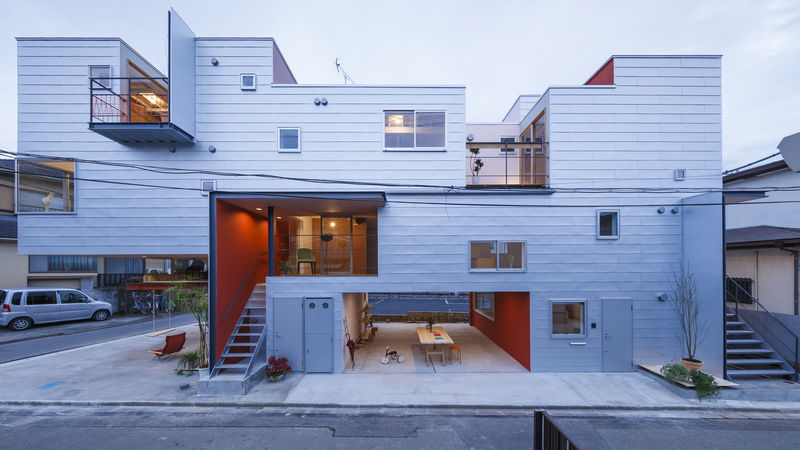 'Around the Corner Grain' Features an Irregular Room Layout

Joey Haar — April 20, 2017 — Art & Design
References: archdaily
With property values rising in many cities around the world, common living spaces have become increasingly popular among young urbanites, and 'Around the Corner Grain' is an example of what common living looks like in Japan. The building features seven units that overlap within in interesting ways thanks to an irregular room layout.

Traditional Japanese culture is antithetical to the concept of shared living spaces. Private family life is important in Japan, and as such Japanese culture emphasizes personal spaces separate from others. That's part of the inspiration behind the odd layout of Around the Corner Grain, as the almost randomly placed common areas serve to disperse and hide the private living spaces for the residents.
5.5
Score
Popularity
Activity
Freshness