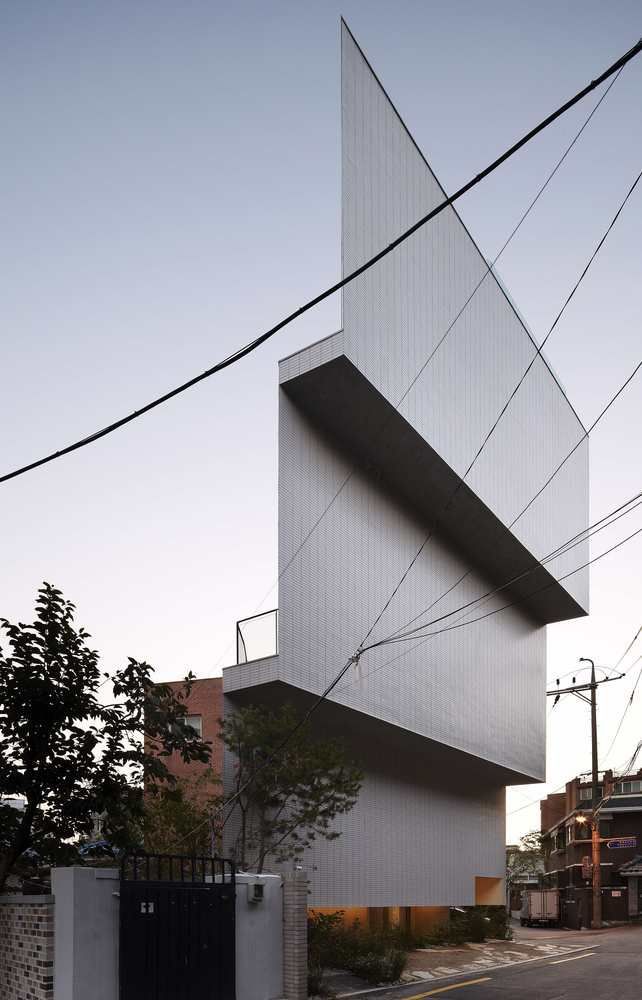 'Around Magazine' Has a Headquarters that Looks Paper-Thin

Joey Haar — February 15, 2018 — Art & Design
References: archdaily
Share on Facebook Share on Twitter Share on LinkedIn Share on Pinterest
Buildings are necessarily weighty, as they need to be to support people, objects, and their own mass, but the new headquarters for 'Around Magazine' in Seoul manages to appear far less heavy than it actually is. In fact, when viewed from one of the angles available at street level, the building appears as though it's as thin as a single sheet of paper.

The impressively slim illusion is a result of the shape of Around Magazine's headquarters as a whole. Thanks to the already-dense lot, the building needed to have an acutely angled corner and a generally triangular shape. Rather than smoothing that edge, FHHH Friends, the architecture studio behind the project, opted to make it as sharp as possible. Further, it added uniquely shaped balconies to accentuate the illusion.
0.7
Score
Popularity
Activity
Freshness
Jeremy Gutsche Keynote Speaker