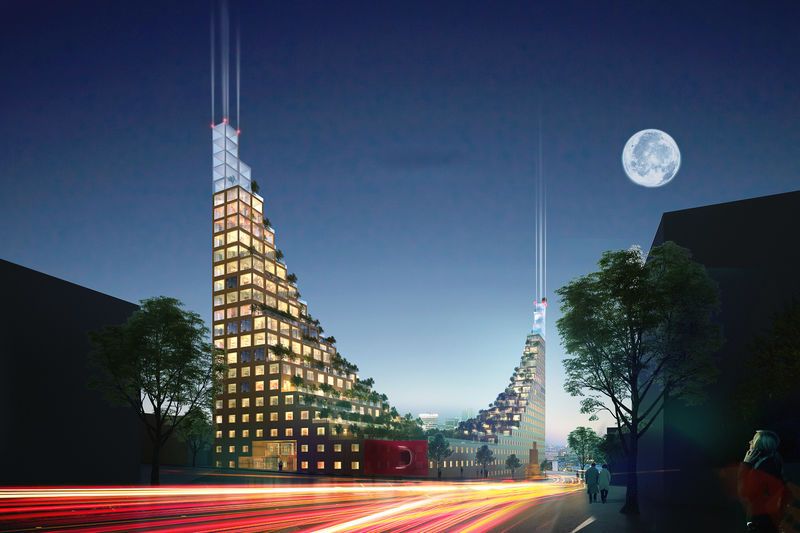 Architects of Invention's Housing is Based on an Ancient Garden

Joey Haar — April 14, 2017 — Art & Design
References: dezeen
Share on Facebook Share on Twitter Share on LinkedIn Share on Pinterest
Architects of Invention, an international architecture firm, has put forward a proposal for a housing development whose design is inspired by the fabled Hanging Gardens of Babylon, one of the seven wonders of the ancient world. The housing plan consists of a tiered set of floors that rise upward and outward from one another, forming a crescent, while greenery would cover the space in between the two towers.

The Hanging Garden of Babylon, though widely believed to have been a real structure, is something of a mystery. Its location has never definitively been discovered, but archaeologists are confident that it was erected somewhere in ancient Assyria (or modern day Iraq.) Still, many renderings of the Hanging Gardens of Babylon have survived the ages, and Architects of Invention riffed off of these images in the design for its Birmingham, UK, housing development.
1.9
Score
Popularity
Activity
Freshness
Access Advisory Services