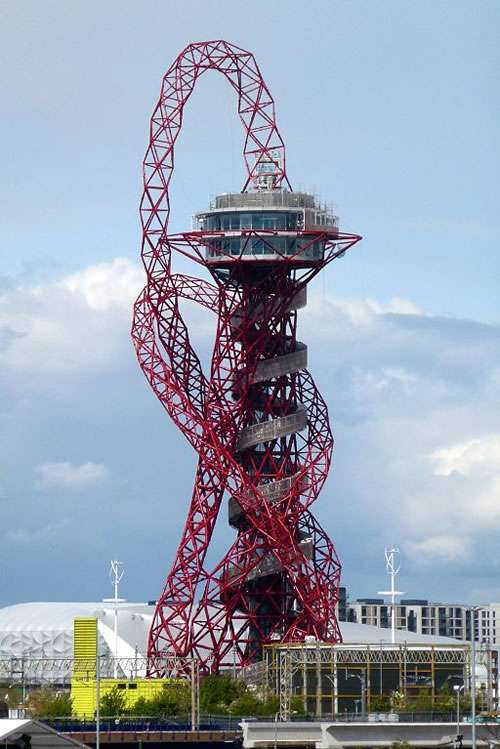 The ArcelorMittal Orbit is the Tallest Sculpture in Britain

Meghan Young — May 16, 2012 — Art & Design
References: arcelormittalorbit & neatorama
Share on Facebook Share on Twitter Share on LinkedIn Share on Pinterest
The ArcelorMittal Orbit has been erected just in time for the 2012 Summer Olympics in London, England. The designs were originally revealed back in 2010 when the competition was drawn to a close. Construction was completed in late 2011 and the interior is currently being fitted so that it will be a secure venue within the Olympic Park.

Designed by Anish Kapoor and Cecil Balmond, the ArcelorMittal Orbit is currently being met with mixed reviews. While critics compare it to a roller coaster gone badly awry, Kapoor defends the ArcelorMittal Orbit's awkward state. He notes that if a groundbreaking structure works "it starts to do something to you and your concept of beauty changes."