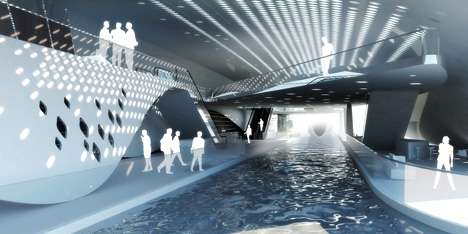 The Aqualis Pier Concept for Moscow River by Andrew Bedov

Bedov's Moscow By The Pier concept could change the urban stream to became a signature piece of the Russian capital, like the Seine is to Paris.

"It promises to be the hub of connectivity, with water buses plying commuters upstream and down, with infrastructure akin to subways and metros," Yanko Design explains. "The waterbus station is planned in such a way, that it allows the commuters to enjoy the natural beauty of the river, while waiting for their ride."

For a better idea of Andrew Bedov's vision, take a look at the pictures of the Aqualis Pier Concept for Moscow River in the gallery above.
2.5
Score
Popularity
Activity
Freshness
Jeremy Gutsche Keynote Speaker