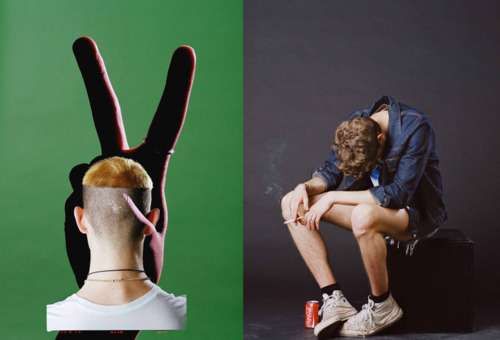 Leather jackets, Converse shoes and denim cut-offs are paired with angst-ridden, backwards-hat-wearing models who appear entirely indifferent to the camera. The apathetic scene is topped off with cigarette smoke and a can of Coca-Cola. And, just as one might guess based on the pictures, The April77 Spring/Summer 2012 lookbook is a project devoted to the subjects of adolescence and eventually, adulthood.