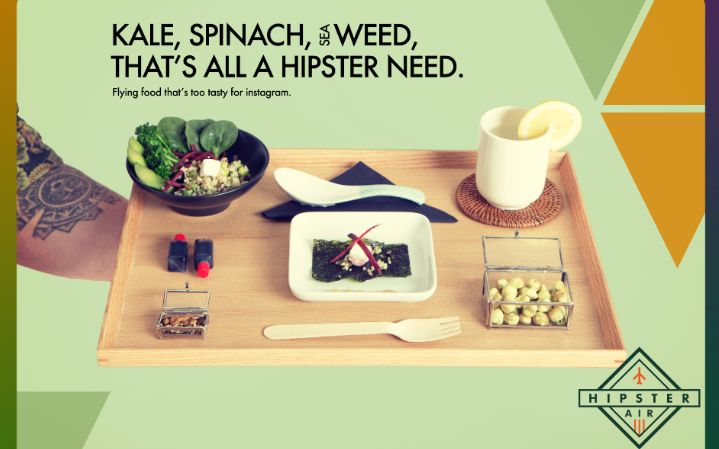 This Website Celebrated April Fool's 2016 with a Hipster-Themed Prank

Initially promoted as a real airline, Hipster Air was pegged as "Britain’s newest and most elusive boutique airline, servicing handpicked and Instagram-filtered locations around the world." According to the airline's website, Hipster Air was founded by kimchi entrepreneur Friday Lopalso, as a way for hip travelers to stay in the know, without letting others in on their exclusive travel destinations. The airline also boasted several hipster-approved services, such as vegan meals, an emoji booking system and a pop-up lounge complete with a tattoo parlor and Mindfulness sessions.

While the company ultimately revealed that the airline was a prank for April Fool's 2016, the clever stunt demonstrates a humorous way for brand's the connect with younger travelers.
5.7
Score
Popularity
Activity
Freshness
Get Trend Hunter Dashboard