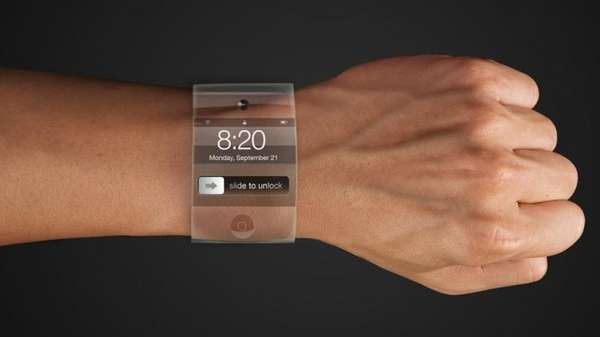 The Apple iWatch Device Follows Up on Wide Scale Hype

Jordy E — March 5, 2013 — Tech
References: apple & gizmodo
Share on Facebook Share on Twitter Share on LinkedIn Share on Pinterest
The Apple iWatch patent has been officially set in stone. The deal follows up on mass hype surrounding the product. While the Mac brand has delved into the realms of music, phones and laptops, it has yet to release a cutting edge time piece.

A wealth of rumors abound the iWatch. While it is unknown as to what the product will actually look like, tech sites are expecting a flexible band, one that will be modeled on slap watches. It has been said that the merchandise will also feature rechargeable batteries, ones that will operate by way of sunlight. In any case, the iWatch will certainly follow up on Apple’s history, seen in its sleek layouts and advanced tools.