iPod Vending in Department Stores
Next
Set of
Related
Ideas 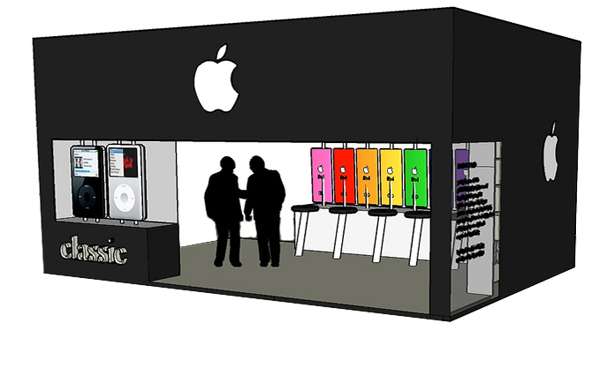 Alex Scott — April 30, 2010 — Marketing
References: behance.net & behance.net
It is well documented that a store's layout aesthetic has a huge influence on customer's buying patterns. The Apple iPod concept shop offers a unique, and arguably more colorful, look to the already successful Mac retail outlets. What is really interesting about this design, however, is that it is a kiosk--something Apple hasn't employed in its selling channels yet.

I think creator Freek Cornelissen is really on to something here. Imagine that rather than just one big outlet, there was an Apple iPod concept shop at several locations in the mall. Not only would it result in less overhead, customers would also have more one-on-one interaction with sales reps, which would increase the likelihood of purchases.
5.7
Score
Popularity
Activity
Freshness