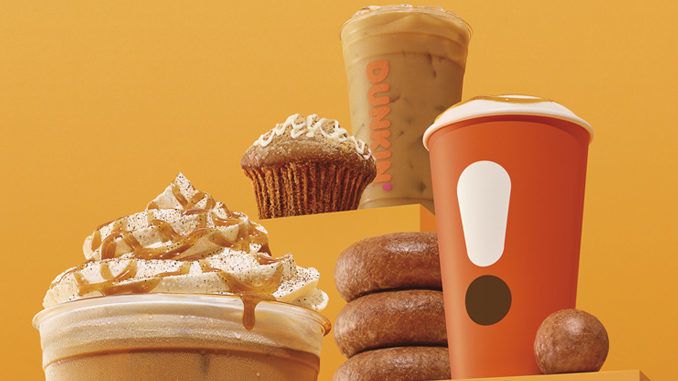 Katherine Pendrill — August 13, 2019 — Lifestyle
References: chewboom
Share on Facebook Share on Twitter Share on LinkedIn Share on Pinterest
If you're already over the onslaught of pumpkin-flavored fall treats, you'll be happy to hear that Dunkin' is shaking things up a bit with a new Apple Cider Donut and Munchkins. Of course, the chain will still be offering plenty of pumpkin-flavored coffees and treats, but now there are options for apple lovers as well.

To celebrate the arrival of the new fall treats, Dunkin' will be rebranding eight select locations as 'Pumpkin'' on Wednesday, August 14. The first 250 Dunkin' fans at these select locations will also enjoy a free small hot or iced Pumpkin Coffee.