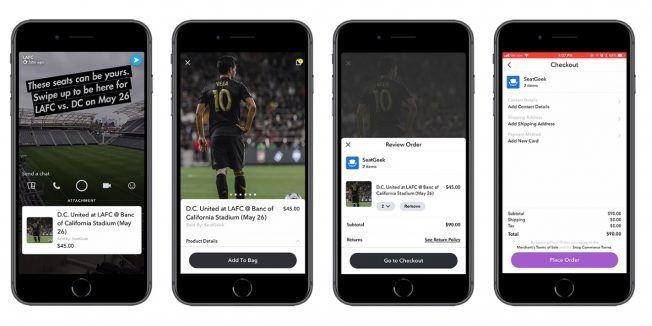 When it came to securing their ticket, Snapchat users were able to swipe up, choose their desired seat and checkout—all within Snapchat. Going forward, Snapchat plans to make it possible for athletes and performers to be able to sell event tickets to fans in a way that's just as seamless.
1.7
Score
Popularity
Activity
Freshness
Get the 2021 Trend Report FREE