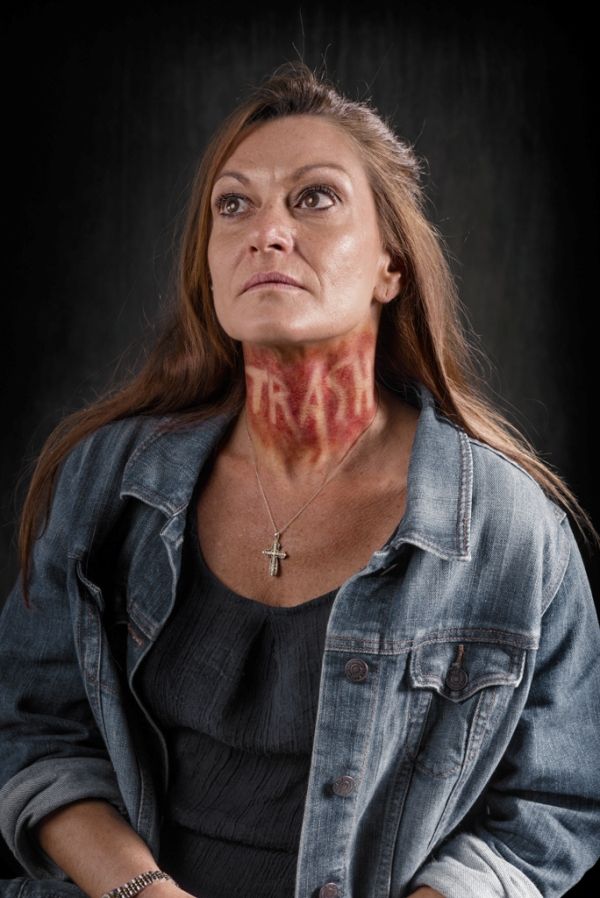 Megan Facciuolo — May 16, 2014 — Social Good
References: hurtwords & designtaxi
The 'Weapon of Choice' project is an anti-abuse photography series that was taken in hopes to provoke a conversation about the problems of all types of abuse: verbal, physical, mental, child, and sexual. The visual presentation of the abuse, created and shot by Richard Johnson, is poignant and alarming.

The portrait-styled pictures highlight the pains caused by hurtful words alongside the scars and bruises left behind from physical abuse. The victims depicted are shot with labels on their faces made with applied makeup that resembles blood and bruises. Some of the words "hurled at them" include "stupid," "useless," "mistake," and "slut."

Johnson hopes his photos will enable people to better detect the signs of abuse or be more thoughtful before they speak negatively towards others, because words alone can inflict the same amount of pain.
6.5
Score
Popularity
Activity
Freshness