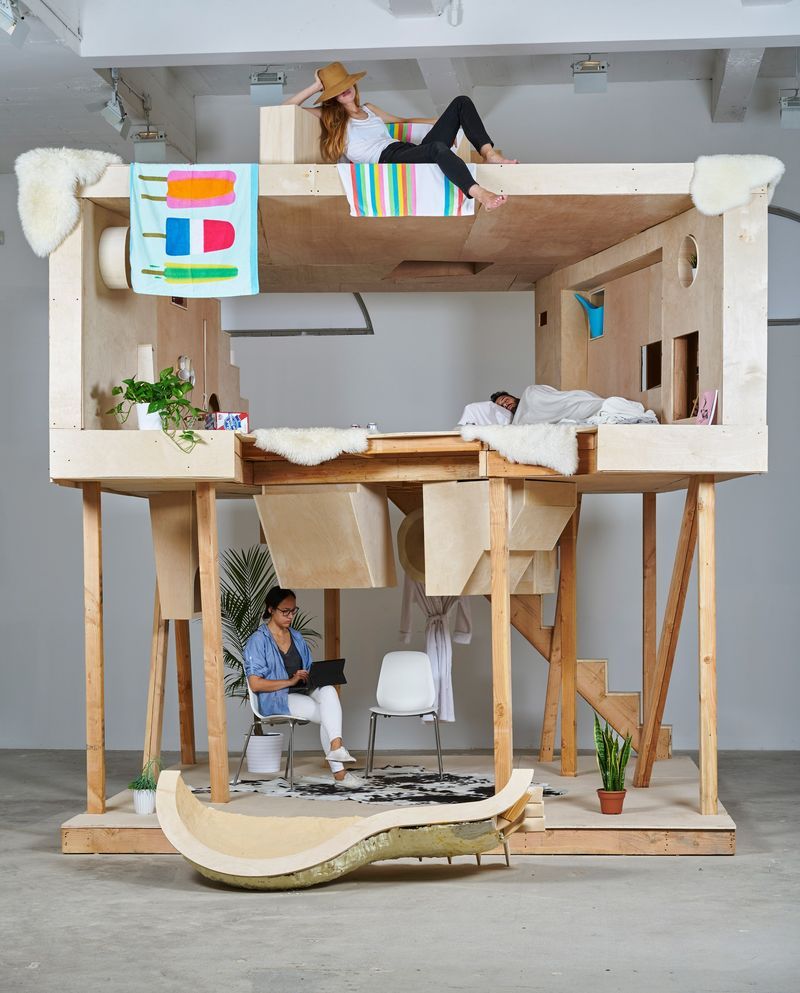 'Another Primitive Hut' is Based on an 18th Century Design Concept

Joey Haar — November 29, 2016 — Art & Design
References: bureau-spectacular.net & dezeen
Share on Facebook Share on Twitter Share on LinkedIn Share on Pinterest
California design and architecture studio Bureau Spectacular's 'Another Primitive Hut' is what the architects envision an indoor treehouse to be. The massive wooden structure is propped up on stilts to create a self-supported loft room inside of an apartment -- assuming that apartment has enough space to contain it.

The indoor treehouse is a reference to a design from 18th century architectural philosopher Marc-Antoine Laugier. He believed that, as opposed to the baroque tendencies of his era, architecture should return to natural, functional roots. He titled this concept 'Primitive Hut,' hence the name for Bureau Spectacular's prototype.

Another Primitive Hut is built entirely from plain, unvarnished wood, which is a reference to the naturalism that Laugier espoused. There are also simple, functional shelving units and storage cubbies throughout the loft area.
6.2
Score
Popularity
Activity
Freshness
View Innovation Webinars