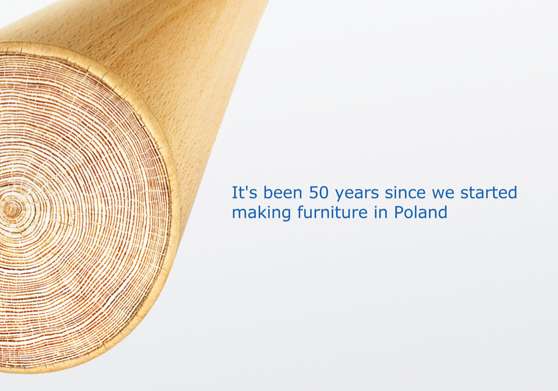 The print tells of the half century since production began in Poland, extending the narrative beyond the first store's opening in 1991. In 1961, Ingvar Kaprad apparently ordered 500 OGLA chairs, like the one pictured in this campaign.

Instead of merely stating a date and displaying a snapshot of the lumber lounger, the EuroRSCG advertising agency of Warsaw chose to show the image from a different perspective which visually alludes to time. An ant's-eye view of the bottom of one chair leg reveals 50 rings in the wooden trunk, celebrating maturity and material in this anniversary IKEA ad.
2.8
Score
Popularity
Activity
Freshness
View Innovation Webinars