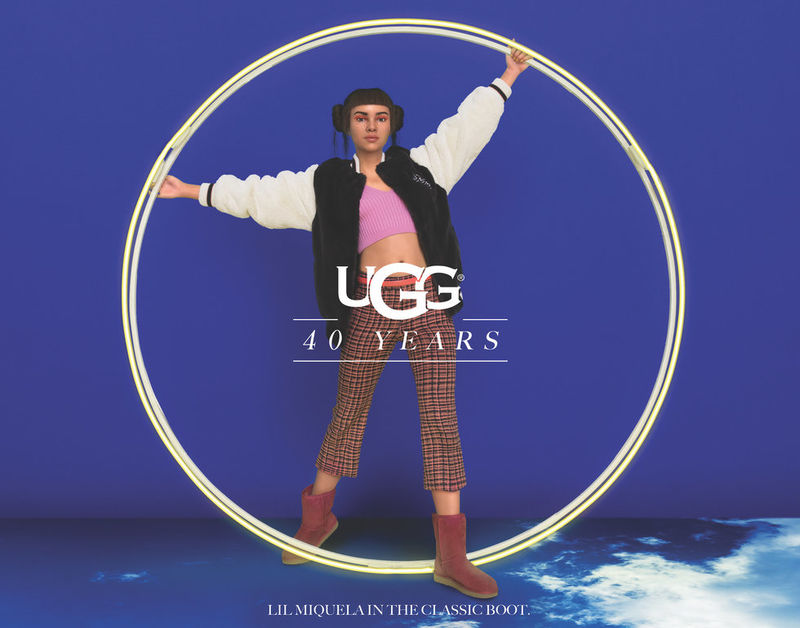 Laura McQuarrie — October 23, 2018 — Fashion
References: ugg & papermag
Share on Facebook Share on Twitter Share on LinkedIn Share on Pinterest
For its month-long 40th anniversary campaign, Ugg is spotlighting individuals like DJs, designers and other creatives at the forefront of art and culture. While there are real people who are featured as part of the campaign, Ugg also included influencers life Miquela Sousa, or Lil Miquela, who has over a million followers on Instagram. Miquela is a particularly noteworthy addition to this campaign, as Lil Miquela is a virtual CGI model. As Ugg puts it, Lil Miquela's inclusion in this campaign "represents an entire generation that is revising identity, reality, and storytelling."

Like the other forward-thinking individuals who are featured in the anniversary campaign from Ugg, the virtual model and influencer is depicted against surreal backdrops that mix bold colors with natural elements like flowers, sharp rocks and crashing waves.
5.1
Score
Popularity
Activity
Freshness
Access Advisory Services