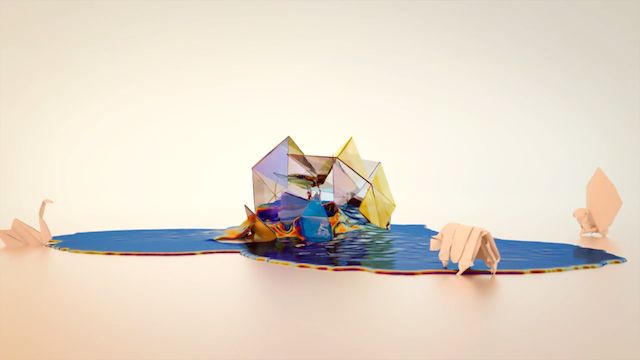 Meghan Young — July 17, 2014 — Tech
References: 1984london & fubiz.net
Dream Life of Paper is a stunning animated origami film that focuses on a few animalistic characters that appear to be introduced to another way of living by man. Highly subjective, the geometric imagery is beautifully poignant, encouraging people to create their own narrative or even go as far as project their own emotions onto the short film.

Created by 1984 London, the animated origami film is full of potential. The masterminds behind it write that it is "a phantasmagorical, dreamy allegory of innocence and life that follows the journey of three enchanting origami animals from primordial awakening through to unforeseeable dematerialisation." It was made using 3D design and animation programs including maya modelling, cinema 4D animation and octane rendering. The origami characters were designed by Michael Trew.
3.7
Score
Popularity
Activity
Freshness