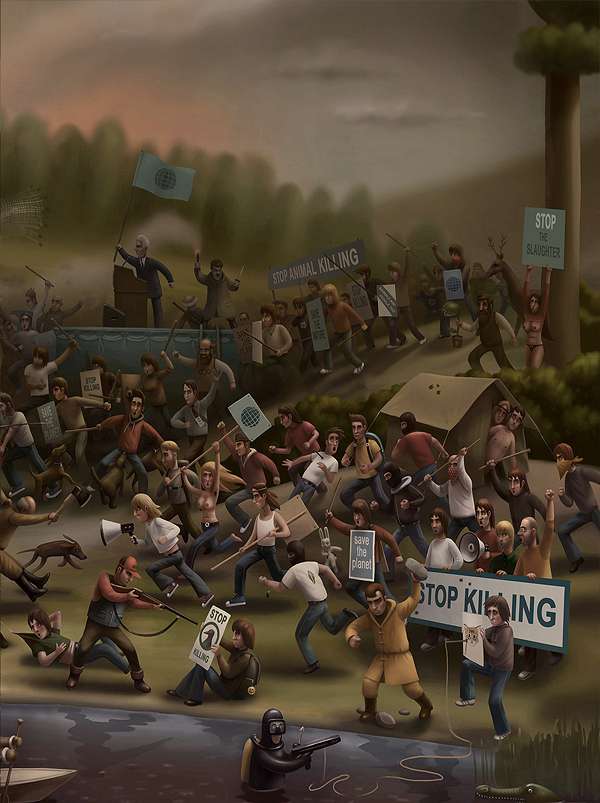 In the first part of the series, the Andrey Gordeev illustrations show a war between anarchists and monarchists. The images show a gathering mohawked aggressors going after fully covered loyalists, some on horseback. The violence is brutal, but it's hard not to look at the illustrations and laugh at the absurdity.

The next series of images features a war between couch potatoes and athletic sportsmen. Illustrations show couch-prone men -- some with video game controllers wrapped around their necks, others holding pizza boxes -- trading vicious blows with athletes, some of whom are bouncing on medicine balls as others hold dumbbells.

The last and perhaps oddest one features a one-sided war between hunters and anti-violence, pro-animal supporters. View these Andrey Gordeev illustrations closely and see how many odd (yet funny) mini-battles you can find in the conflict.
5.1
Score
Popularity
Activity
Freshness
Jeremy Gutsche Keynote Speaker