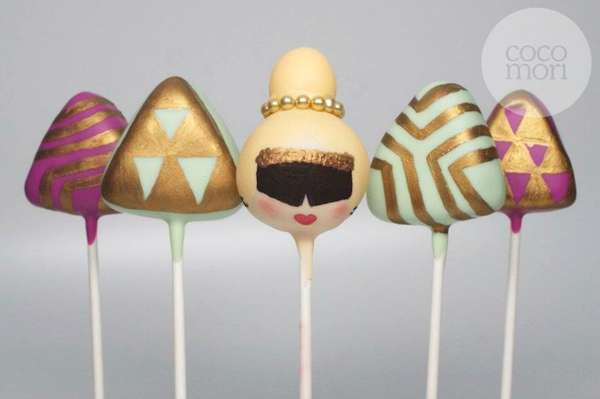 Jordy E — August 15, 2012 — Lifestyle
References: shopcocomori & mymodernmet
Andrea Morris' Cocomori bakery was recently opened last February in Chicago. The confectionery hub offers its unusual brand of cake pops to the public, following up on a widespread obsession with the bite-sized treats. Starbucks chains have become one of the foremost promoters of the cake-meets-lollipop concept, and it has spread like wildfire ever since.

While many have released interesting takes on the culinary trend with colorful icings and marzipan-based shapes, Cocomori has established a novel and markedly dramatic concoction.

Cake pops modeled after Pac-Man, Marie Antoinette, Winnie the Pooh and Tim Burton's 'The Nightmare Before Christmas' are essential to Morris' lot. Her focus on these characters is synonymous with her businesses preoccupation with what she refers to as "edible artistry."