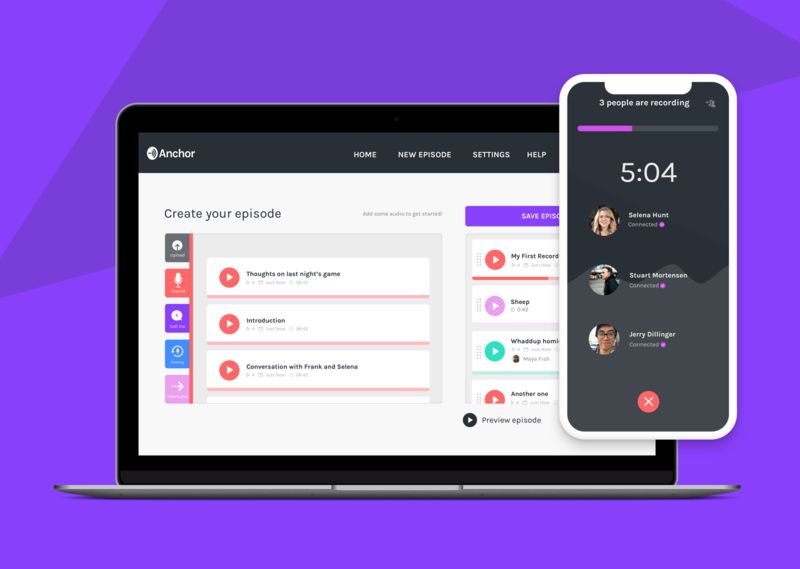 Justin Lam — February 26, 2018 — Pop Culture
References: theverge & engadget
Share on Facebook Share on Twitter Share on LinkedIn Share on Pinterest
The Anchor app started its lifecycle as an social network for audio, but the company behind Anchor has decided to refocus its interest in the creation of podcasts. When Anchor first launched, it allowed users to make quick broadcasts to followers, but throughout the app's life, many users began utilizing it to produce full-on podcasts. Anchor is looking to cash in on these users by evolving the app into a podcast-focused product, giving users the ability to record bits of audio, create libraries of recordings, add transitional audio effects, edit through drag-and-drop interfaces and much more.

This new redesign for the Anchor app will also see the service launch a web app for the first time. The web app will function in a similar manner to the mobile app, but will give users more screen real estate to work on podcast projects. Users can also hook up external microphones, allowing for better audio quality when compared to what's offered by a smartphone microphone. The web app will drastically improve the podcast creation focus of the app and even has integration to work with other podcast-creating programs.

Podcast-Enhancing Apps
'RemixPod' Upgrades Podcasts with Your Choice of Music