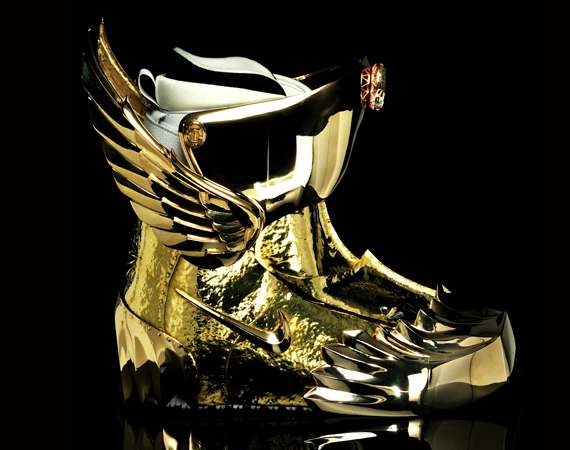 Meghan Young — January 2, 2012 — Unique
References: freshnessmag & hypebeast
The American Eagle Zoom Force 1 snowboarding boots will distract both friends and competitors on the slopes this winter season. Completely golden, it looks like it was inspired by the Greek messenger god Hermes who had wings on his feet to help him deliver his messages faster. All these boots are going to deliver, however, is victory.