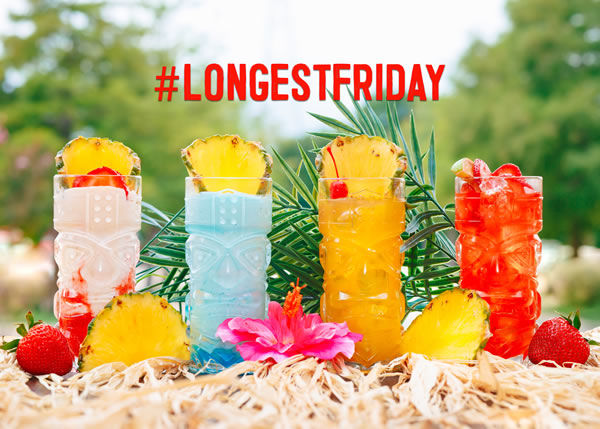 TGI Fridays' all-day happy hour promotion is set to take place on June 23rd, 2017. While the promotion will actually take place two days after the official Summer Solstice (June 21st), the brand wanted to celebrate the Friday with the longest hours of sunlight this year.

To celebrate the 16+ hours of sunshine, TGI Fridays is offering happy hour specials from open until close. Some of the #LongestFriday specials include $4 Summer Shandy Drafts, $4 Fireball Shots and $4 Corona, Corona Light or Kona Big Wave Bottles. The chain is also offering $5 Tiki Drinks, which include signature cocktails such as the Frozen Blue Hawaiian and the new Mai Tai. Guests can also pair their drinks with Endless Apps, which will be available all day long.
2.8
Score
Popularity
Activity
Freshness
Jeremy Gutsche Keynote Speaker