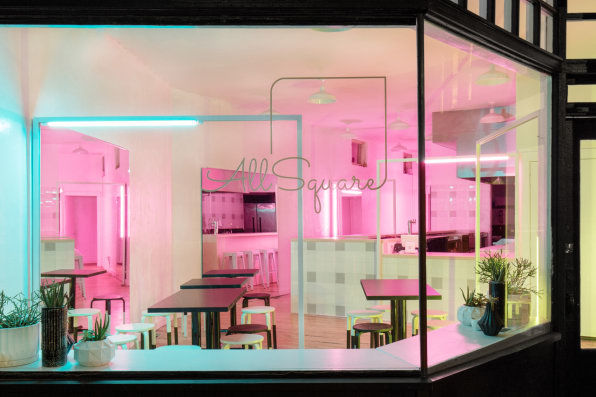 Justin Lam — October 8, 2018 — Lifestyle
References: allsquarempls & fastcompany
Share on Facebook Share on Twitter Share on LinkedIn Share on Pinterest
All Square may seem like a trendy grilled cheese restaurant, but this eatery distinguishes itself from competitors by offering employment to those who are often shut out. Founded by Emily Turner, All Square incorporates her past as a U.S. Housing and Urban Development attorney by only hiring and training former convicts. Turner, who worked on prisoner reentry, started the restaurant in an attempt to find a solution for former inmates and even runs the establishment as a nonprofit to better support these individuals.

This focus on employing former inmates even extends to the restaurant's board, which includes a CEO who was a five-time felon, a community organizer born in prison and later served time, as well as a businessman wrongly imprisoned. Turner worked closely with this board when developing All Square and its 13-month training and rehabilitation program.
2.8
Score
Popularity
Activity
Freshness
Access Advisory Services