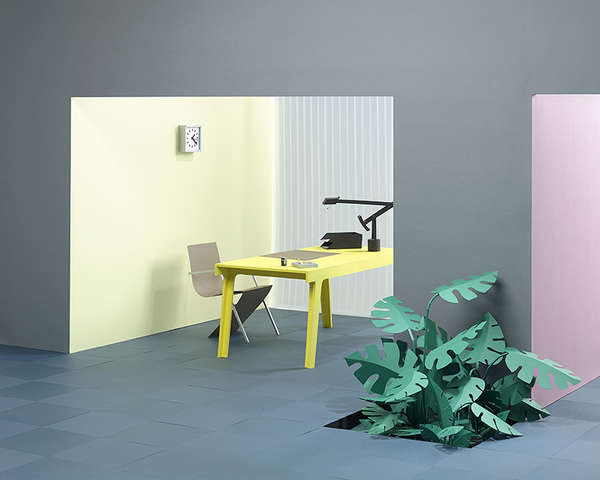 This 1980s Office is Replicated in Paper Design

Tia Clarke — January 21, 2013 — Art & Design
References: paperdonut
Check out this quirky model of a 1980s office by paper artist Alexis Facca. The chic and starkly designed office has a leafy fern growing from the floor as well as some classically dated decor. The project was created as part of an editorial commission for the French freelance designer who specializes in paper art and set design. Unbelievably, everything in the office is entirely made out of paper.

The Brussels, Belgium-based designer says the project is based on the Walter R. Cooper agency of London that rose to fame at the height of the 1980s. He says the agency was know for its portrayal of "humor, music and sexual energy that came to define the eighties." Facca works mainly in the areas of film set design, editorial, graffiti illustration and advertising.