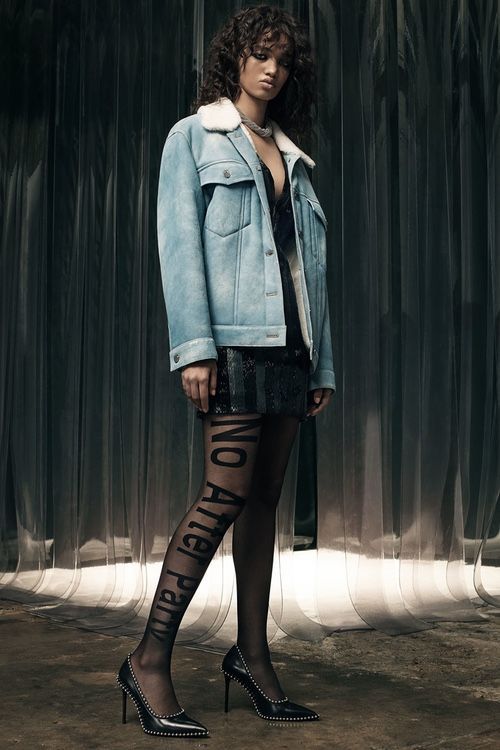 Riley von Niessen — June 12, 2017 — Fashion
References: alexanderwang & hypebae
Share on Facebook Share on Twitter Share on LinkedIn Share on Pinterest
Recently, an editorial that reveals some of the most memorable offerings from the new Alexander Wang pre-Fall 2017 collection was released. Throughout the shots, various female models pose in the darkly colored ensembles, which consist of rather feminine cuts that simultaneously maintain a grungy look to them.

Although many of the Alexander Wang pre-Fall looks are meant to we styled as evening wear, there's plenty of more versatile pieces that can easily be dressed up or down -- such as the slim-fitting checked pants, long olive jacket, leather pants, denim jacket, and the lightweight bomber jacket. In order to maintain the grungy look, the editorial often shows more formal and casual pieces styled together, making for eye-catching ensembles that are incredibly versatile.
5.3
Score
Popularity
Activity
Freshness
Get Better and Faster