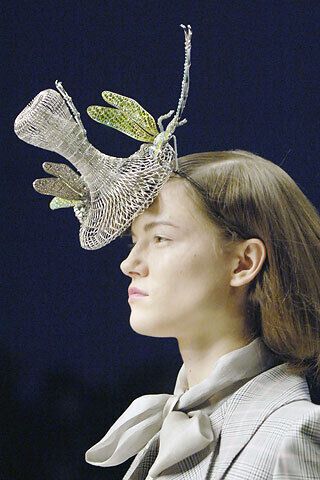 "The theme of birdsâ€”particularly symbolic of Blowâ€”held the show together through a reprise of all the highlights of McQueen's career," Style.com reported. The "Blow" they mention is McQueen's late mentor, the designer who made him who he is today. As a tribute to Isabella Blow, he dedicated his entire collection to her.

There could not be a more stylish way to honour someone whose life was devoted to the world of fashion, and no one could have pulled it off better than McQueen.

The gallery shows the bird-of-paradise inspirations in head adornments, colourful capes that resemble an extended set of wings, a stunning dress in what appears to resemble the feather patterns of an owl and a grey dress so pale, it evokes images of the soft plummage of a swan.

Check out Trend Hunter's coverage of other feathered fashion: