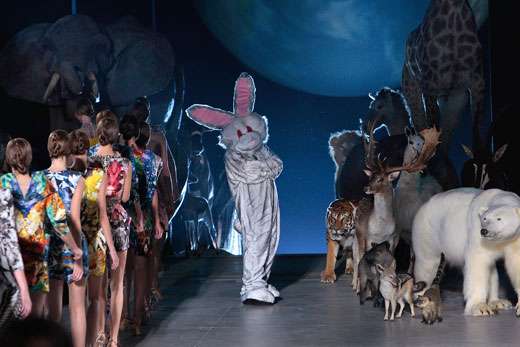 However, the bunny suit wasn’t the only surprise at the Alexander McQueen show. Thanks to a super tight corset and fatigue, model Abbey Lee Kershaw (see second image) fainted at the end of one of her walks and couldn’t join the rest of the models in the finale.

I like how McQueen had fun with his bit. Usually, designers give an awkward little wave, so it’s good that he found his comfort zone. Even if it means he had to dress like a rabbit…
4.8
Score
Popularity
Activity
Freshness