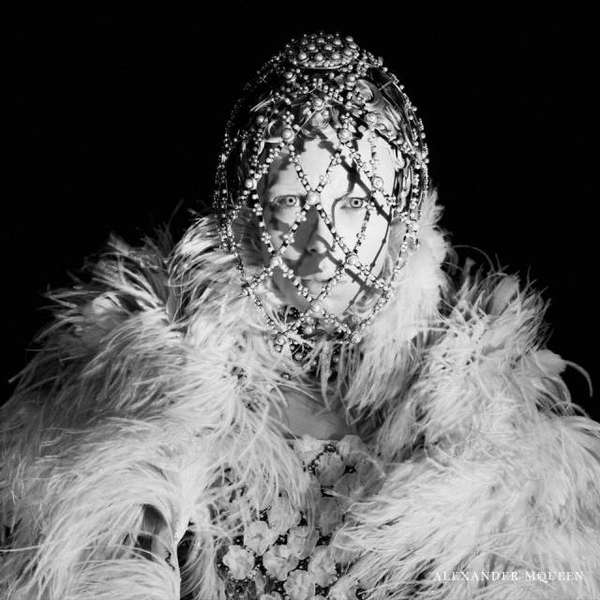 Meghan Young — July 23, 2013 — Fashion
References: alexandermcqueen & fashiongonerogue
Dark and dramatic, the Alexander Mcqueen Fall 2013 campaign is also very simple and minimalist. As Fashion Gone Rogue puts it, the print ads let the clothes tell the story. As opulent and regal as ever, the Victorian-inspired gowns are all that is needed to draw the eye of passersby everywhere. In fact, model Edie Campbell is pretty much obscured behind the bejeweled cage-like masks present in almost every image.

Shot in studio against a void-like backdrop by photographer David Sims, the Alexander Mcqueen Fall 2013 campaign may be captured completely in black and white, but that only accentuates the stunning details of the dresses even more. From the pearls and feathers to the full silhouettes and feminine cuts, the designs are works of art that belong in an art gallery.
4.4
Score
Popularity
Activity
Freshness