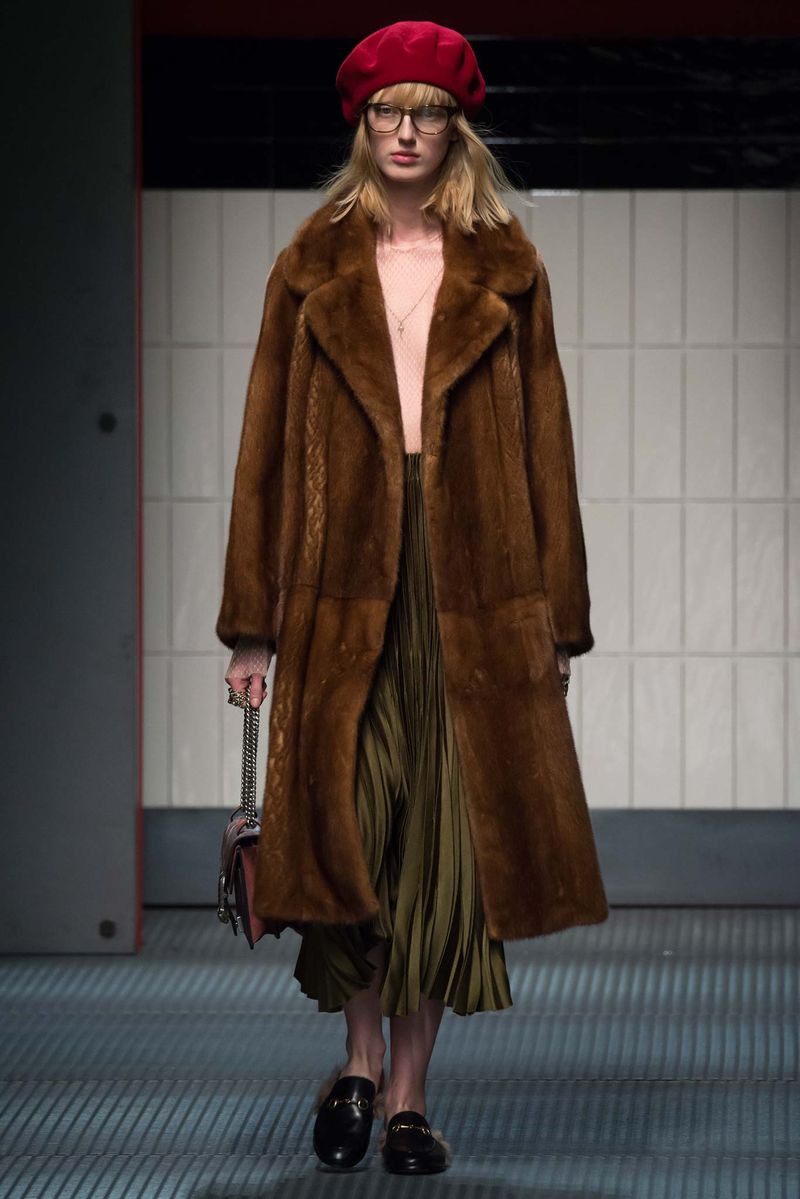 The Alessandro Michele for Gucci Debut is Evocative of Wes Anderson

Rebecca Byers — February 26, 2015 — Fashion
References: style
Share on Facebook Share on Twitter Share on LinkedIn Share on Pinterest
The debut collection from Alessandro Michele at Gucci is a commendable effort that is evocative of the aesthetic of a Wes Anderson film. Through the inclusion of fur accents on shoes, berets, minuscule pleats and oversized glasses, Alessandro Michele executed a collection that was laid back in a way that is refreshing for Gucci.

Premiering on the first day of Milan fall fashion week, the latest Gucci collection was put together by Alessandro Michele in less than five weeks following his rash appointment after a messy exit by the brand's former chief executive and creative director.

Similar to the fall 2015 Lacoste collection, Alessandro Michele for Gucci uses earthy, romantic tones to champion a bookish aesthetic that recalls costumes from such Wes Anderson films as The Royal Tennebaums, Rushmore, the Grand Budapest Hotel and Moonrise Kingdom. In particular, a look quite closely resembles that of Margot Tennebaum's, denoted by a full-length oversized fur coat, a beret and a short blonde bob.