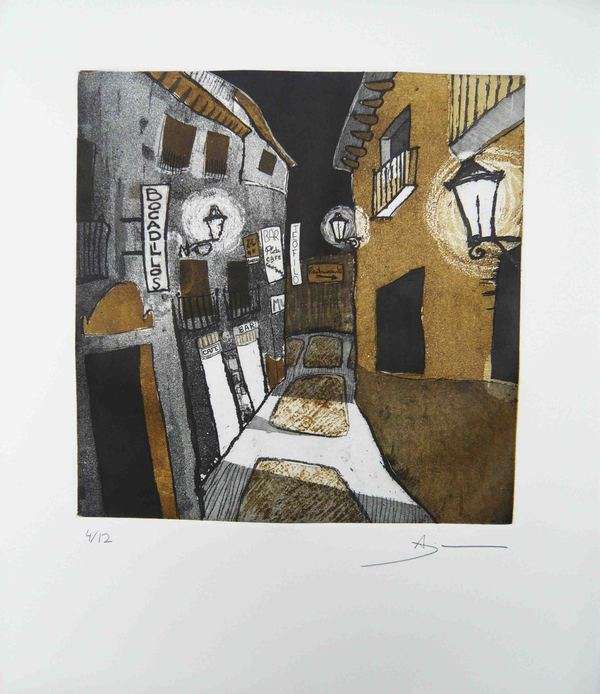 The series conveys an undeniable sense of texture and tangibility. This is no doubt due in part to the technique Alejandro Boloix uses, etching-engraving. Still, the visceral appeal of his work can also be credited to the artist's style, voice and subject; all of these aspects are very much in the expressionist tradition and so lend themselves well to a visceral experience.

Looking at the characters Alejandro Boloix populates El Tubo with, one gets a sense of their essential natures: furtive, worldly, somewhat debauched and certainly human. One can almost smell the cigarette smoke and taste the wine.
2.6
Score
Popularity
Activity
Freshness
Access Advisory Services

62 Art-Based Buildings
From Jello Palaces to Book Made Buildings, Architectural Art is Boundless