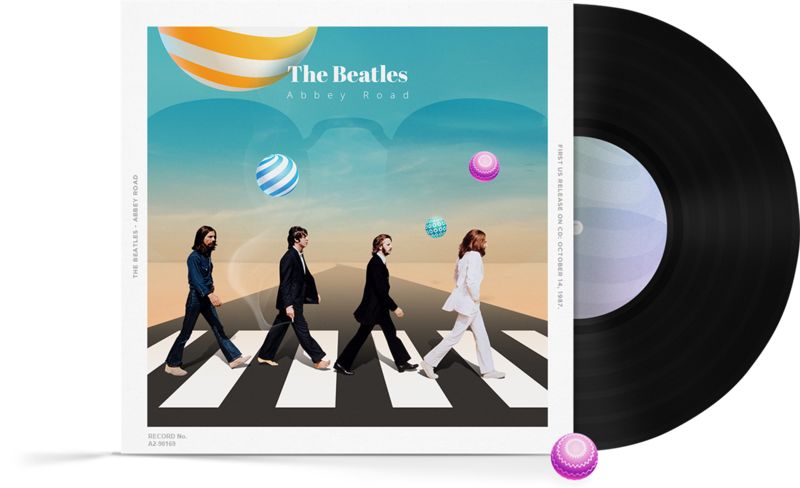 Daria Staverska — December 11, 2017 — Art & Design
References: depositphotos
Share on Facebook Share on Twitter Share on LinkedIn Share on Pinterest
More and more music lovers are swinging back towards buying physical copies of albums rather than opting to purchase a digital download, which means much for the visual component of the album concept. Actually, cover designs were a pretty big deal for designers back way before—every respectful creator was trying to make one that would go down in history.

And at the year-end of 2017, the Depositphotos creative team came up with a project sought to bring visual and music art closer together in this way. Top young visual artists were invited to create alternative cover images for some of the most iconic albums.

19 creatives presented their personal, unique visions for the covers of true masterpieces of music from The Beatles and Sigur Ros to Aladdin Sane to Kid A. In their experiments, some of the designers put forward artistic perceptions that turned out to be almost incomparable with the original covers, while other creators decided not to depart too far away from the original inspiration.
6.1
Score
Popularity
Activity
Freshness
Get Trend Hunter Dashboard