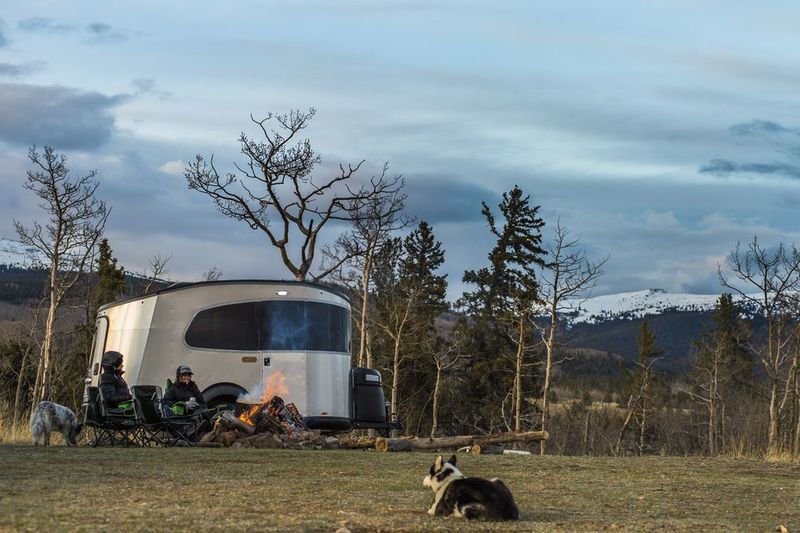 The Airstream Basecamp is a Camper for Young Adventurers

Joey Haar — September 12, 2016 — Autos
References: airstream & theverge
Share on Facebook Share on Twitter Share on LinkedIn Share on Pinterest
Camper trailers were once a common sight for young families on the road, but while the older generation that popularized them continues to use them, campers have gone out of style with today's young people -- that is, until the Airstream Basecamp. Airstream is known for its iconic "silver bullet" camper design, and while the Basecamp maintains that stainless steel finish, it's changed just about everything else.

Part of what makes the Airstream Basecamp better suited for young people today is its size. Significantly smaller than the behemoth silver bullets that preceded it, the Basecamp only has one bed and is great for young couples without kids. And since it only weighs 3,000 pounds, it can be towed behind small SUVs and crossovers (rather than requiring a large truck or van.)
7
Score
Popularity
Activity
Freshness
View Innovation Webinars