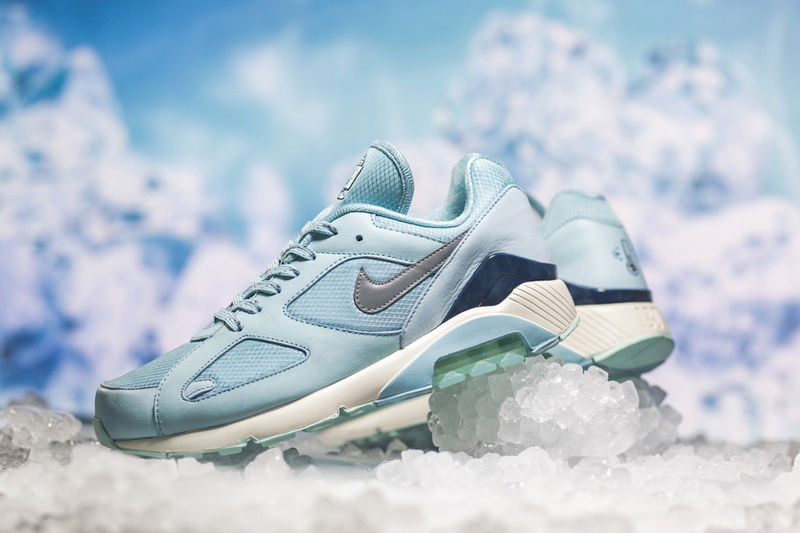 The first colorway is dubbed 'Fire,' due to its use of orange and red hues, which are made to stand out in contrast to the sleek dark gray and black uppers. Nike's classic Swoosh logo branding is featured on the sides of the uppers, and more branding is included on the tongues in matching embroidery.

The other model is dubbed 'Ice,' and as its name suggests, utilizes icy hues of baby blue, white, and silver. Small accents of navy blue on the heels provide a little contrast to the design, while Nike's branding is featured in the same way as the other colorway.