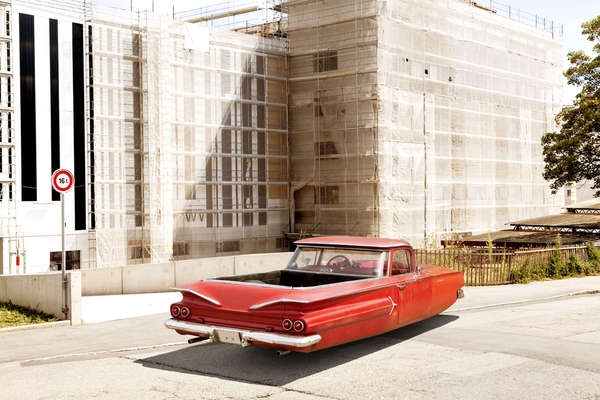 Meghan Young — January 23, 2013 — Autos
References: renaudmarion & dvice
Hover cars might be envisioned for the future, but the Air Drive photo series makes them a thing of the past. The Air Drive series is comprised of doctored images imagining what it would have been like if classic cars floated in midair rather than staying firmly on the ground.

Created by French photographer Renaud Marion, the Air Drive photo series is about more than fanciful thoughts and time period juxtapositions, it addresses the boundless imagination of a child. In this case, Renaud Marion when he was a child. The Air Drive series depicts what he thought cars in the 2000s would look like when he was younger.