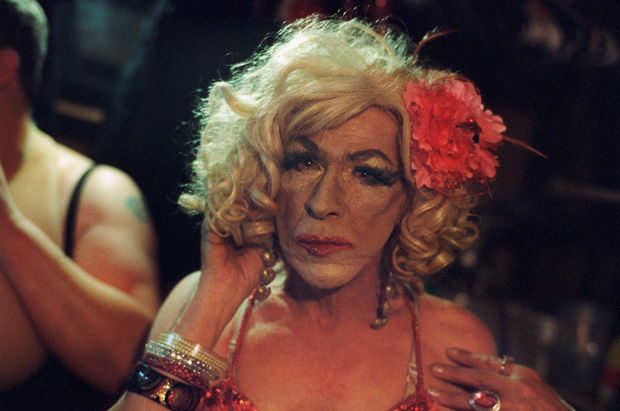 Donna Personna, Olivia Hart and Collette LeGrande all work at Aunt Charlie's Lounge, Tenderloin's last remaining gay bar. For a neighborhood that once boasted a booming gay nightlife, the current state is more than a little sad. Nonetheless, they all put in a tremendous effort to stay in the game: several hours of hair, makeup and dressing, before singing their hearts out amongst the clientele (the lounge doesn't have a stage) to a song of their choosing.

Hosking was attracted to Personna, Hart and LeGrande specifically because they were around in the early years of drag culture. He admires the fact that these performers fought against earlier days of prejudice and danger to do what they loved.
4.7
Score
Popularity
Activity
Freshness