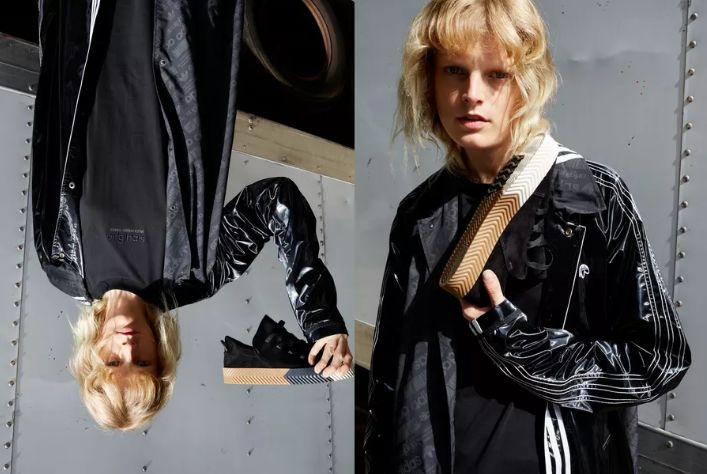 While the collection wasn't released to the public until the spring of this year, its preview in New York City, Tokyo, and London took place in large pop-up trucks. The trucks were mostly white and emblazoned with Alexander Wang's name as well as the adidas logo – both in a simple black color. The pop-up trucks were selling nine items from the collection including "shoes, a track suit, a hoodie and t-shirts."