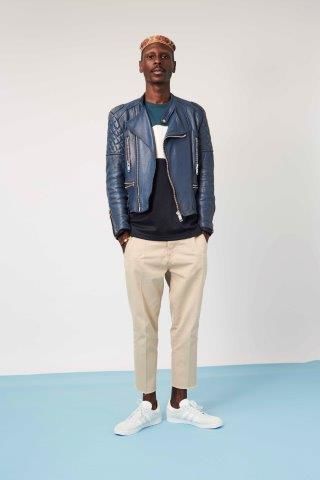 Erica Francis — July 7, 2016 — Fashion
References: adidas
adidas Originals Gazelle Tribes are revamped sneakers that have been launched for the Fall/Winter 2016 season. The Gazelle has been around since the 60s and although the shoe has been adapted over time, it has still remained true to it's original design.

According to the company, the new adidas Originals Gazelle Tribes "reclaims its cult classic status by channeling the spirit" of the ‘90s style tribes.

The athletic brand wanted to celebrate the Gazelle's prominence in London's fashion scene and paired up with fashion guru David Hellqvist to aid in setting the tone behind the relaunch. The final concept categorizes each design of the Gazelle London Tribes into different cultural categories: Hip-Hop, Reggae, Grunge, Britpop and Skate.
4.5
Score
Popularity
Activity
Freshness