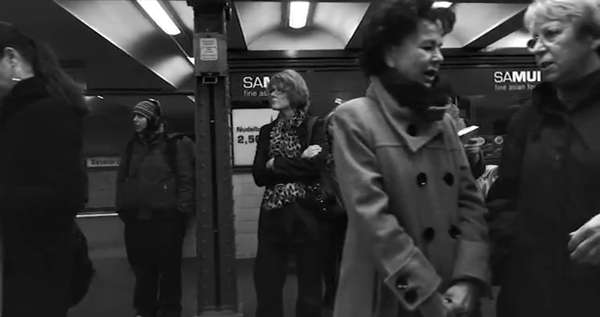 Jordy E — September 6, 2012 — Tech
References: magyaradam & gizmodo
Adam Magyar’s ‘Stainless’ series tracks activity in one of Berlin’s Alexanderplatz metro stops. His use of a high-speed camera allowed him to slow down that very activity, moving in a sloth-like manner between each shot.

Magyar’s project grapples with the subjects of transiency and alienation. He points to the fleeting and impersonal nature of public transit as passengers remain temporary acquaintances at best. And while these notions of estrangement are central to debates on contemporary social interactions, the two minute short nonetheless captivates viewers with its haunting beauty, showcasing an almost stagnant view of women and men amid their daily routines. The result is anything but banal despite the backpacks, cell phones, shopping bags and suitcases.