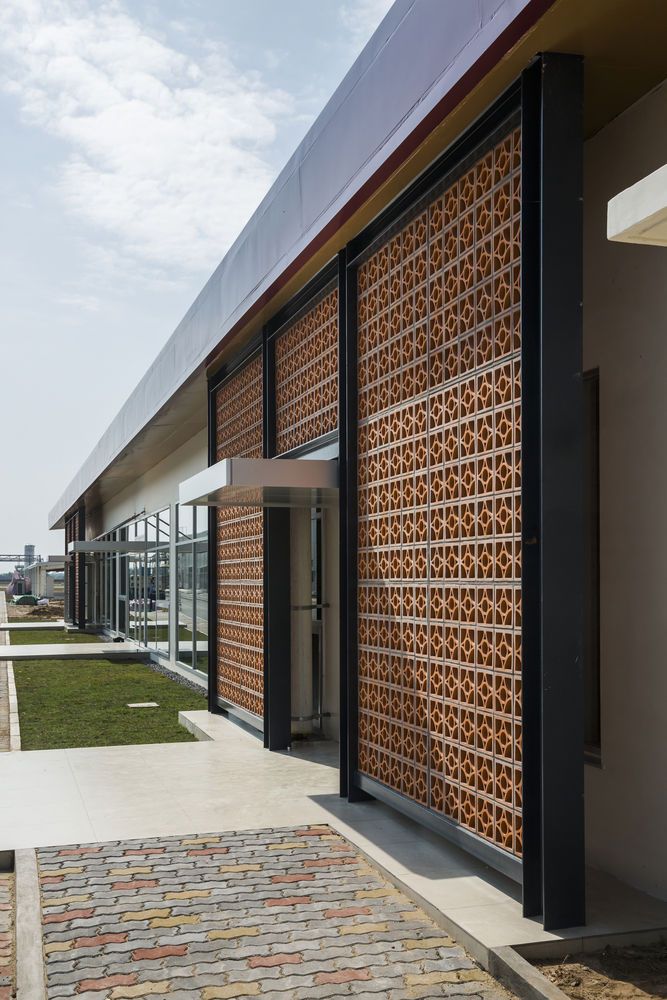 Joey Haar — June 1, 2018 — Art & Design
References: archdaily
Share on Facebook Share on Twitter Share on LinkedIn Share on Pinterest
Daikin's new production facility in Hanoi, Vietnam, the Active Passive Hybrid Design Canteen, is designed cleverly -- if a touch ironically. As one would expect, the building's temperature is controlled using Daikin's top of the line air conditioning units, but the building is also made such that it maximizes the natural resources of light and air to their fullest. So while it is cooled actively via air conditioning, it's also controlled passively via nature (hence the name).

Natural light is a crucial element in the design of Active Passive Hybrid Design Canteen. The building's front facade is made from a series of porous brick screens that allow light in but fracture it, which lessens the intensity of the heat in the building while still adding a calming glow.