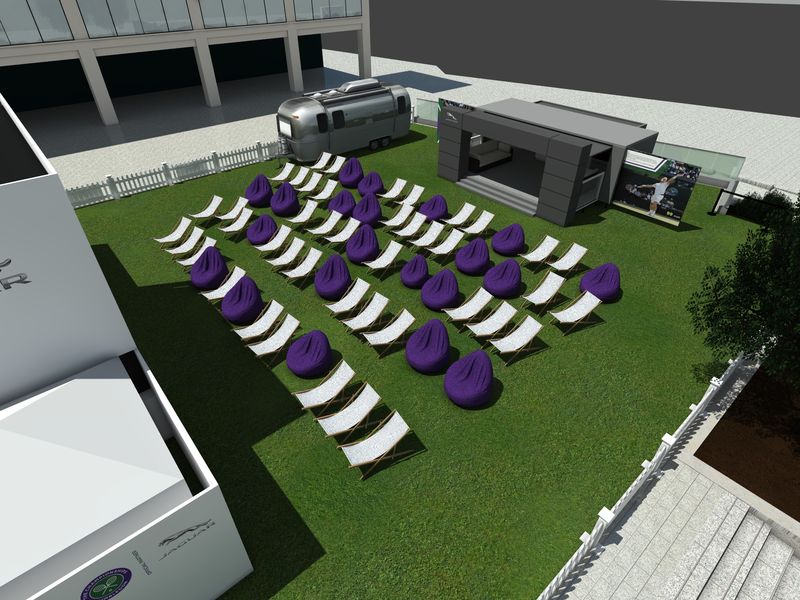 The pop-up event will feature a purpose-built Wimbledon Centre Court experience to test out the new app. The new app lets users practice virtual tennis "where performing the ultimate serve could land you top of our leaderboard... compete against other opponents for [the] top prize - an exclusive tennis masterclass held at the world-renowned All England Lawn Tennis & Croquet Club for the winners and a guest of their choice and a pair of Wimbledon Centre Court tickets."

This state-of-the-art event will also debut Jaguar's lastest Pace Series, notably the 'World Car of the Year' -- a completely electric car, for test drives. The event will include products supplied by partners Primms, Lanson, and Haagen Dazs for users engaging with the app.