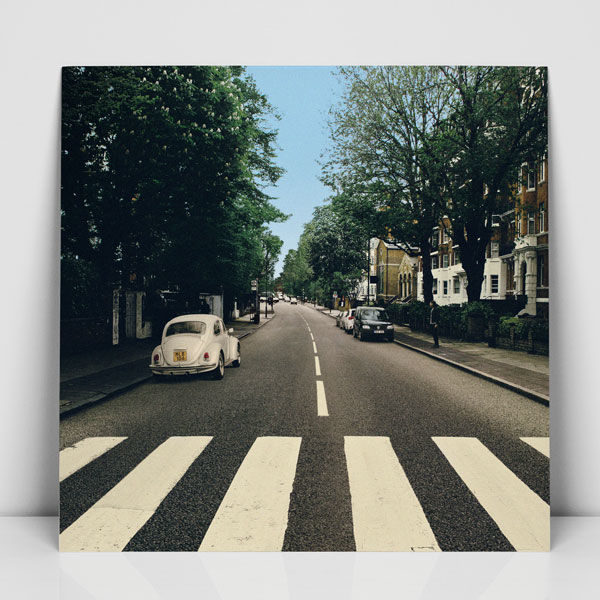 Laura McQuarrie — September 25, 2019 — Autos
References: volkswagen-abbeyroad.se & musebycl.io
Share on Facebook Share on Twitter Share on LinkedIn Share on Pinterest
This week marks the 50th anniversary of an iconic album by The Beatles and as a clever tie-in, Volkswagen created special edition Abbey Road covers. On the original cover for Abbey Road, there's an illegally parked white Volkswagen on the left side, as it is partially hiked up onto the sidewalk.

Volkswagen's reimagined cover designs cleverly promote its Park Assist feature by repositioning the placement of the lotus white Volkswagen Beetle fully on the street. As Jeanette Asteborg, marketing director at Volkswagen Sweden, puts it: "We want to show how far our technology has come since that little parking mishap, so that no one else has to live with a constant reminder of their parking fail."

Noticeably, the new cover puts the car front and center, so that the image doesn't have to compete with The Beetles or the striped crosswalk they're lined up across. The covers are being sold online and proceeds help to support the Swedish children's rights organization Bris.
6.4
Score
Popularity
Activity
Freshness
Jeremy Gutsche Keynote Speaker