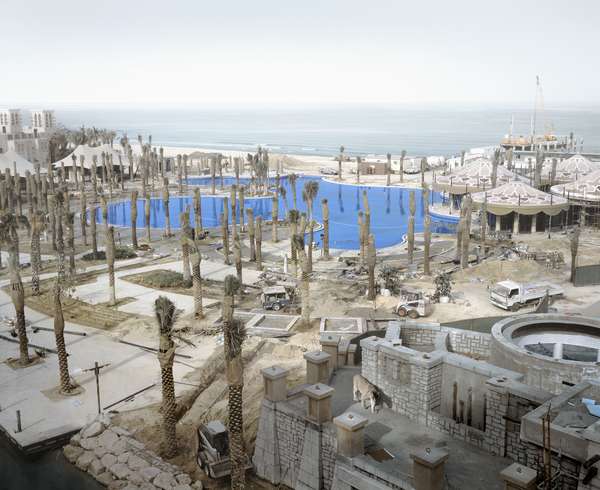 Meghan Young — June 19, 2012 — Fashion
References: allenby-pratt & behance.net
Abandoned by Richard Allenby-Pratt is a photoshoot that impossibly takes place in the future. Of course, everything is made possible thanks to unlimited imagination and a touch of technology. In this case, the Dubai-based photographer chronicles one future path for the country he resides in.

It centers around an imagined announcement made by the CEO of General Electric in January 2017. Detailing the success of developing a ground-breaking technology for clean, effectively-free, recyclable and readily available energy source, Saudi Arabia begins to deteriorate as oil prices drop below $10. As its citizens and ex-pats leave, zoo caretakers let out the animals before escaping themselves. Abandoned by Richard Allenby-Pratt is a theoretical look at what the UAE will be like in years after these events.
6.3
Score
Popularity
Activity
Freshness