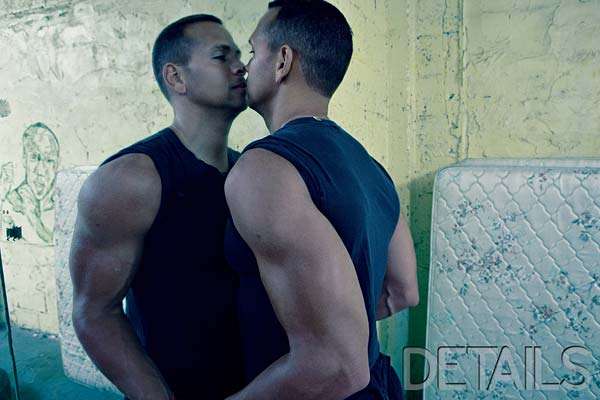 A-Rod's Self Love Photoshoot For Details Magazine Is Very Mad

Going Like Sixty — March 18, 2009 — Marketing
References: men.style
Share on Facebook Share on Twitter Share on LinkedIn Share on Pinterest
Alex Rodriguez seems to think he needs more publicity. Never mind that allegations of his use of steroids are everywhere on the sports channels. Never mind that the details of A-Rod’s affair with Madonna were all over the tabloid channels. Now Alex Rodriguez is reaching out to fans of homoeroticism with a photo shoot for Details magazine.

It seems Alex Rodriguez has learned from Madonna and is trying to flaunt his image in an edgy, sexy way to get people to talk about him, just like the Material Girl has done over the decades.

A-Rod appears on the cover of Details and in spread inside titled, “Confessions of a Damn Yankee.”

Even the title is hot, huh?

As a gay magazine put it, “The main focus of the article, however, seems to be Rodriguez’s infatuation with Madonna. That’s all we homos care about anyway, right?”
3.8
Score
Popularity
Activity
Freshness
Attend Future Festival Virtual