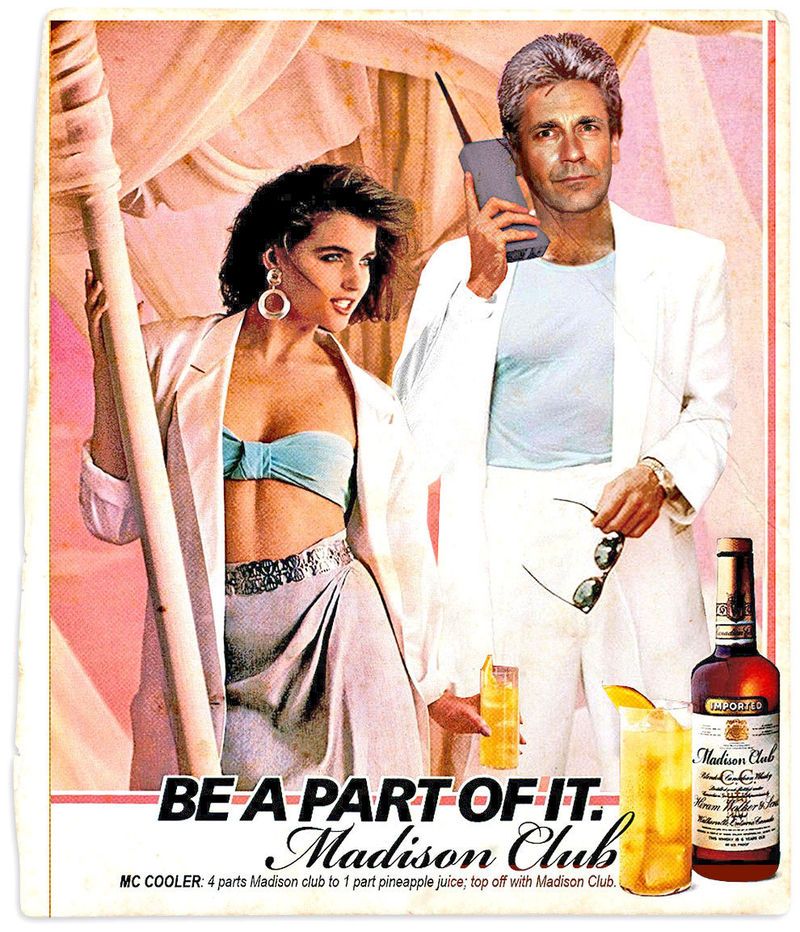 Meghan Young — October 7, 2014 — Pop Culture
References: amctv & buzzfeed
Share on Facebook Share on Twitter Share on LinkedIn Share on Pinterest
While people await anxiously for the end to come, they can enjoy this series of 80s Mad Men posters, which envisions the cast of the beloved retro television show in a completely different era. Not as suave or dapper as the 50s and 60s, Don Draper, is captured in an all-white suit while holding a brick of a cellphone, Joan Harris is wearing too much bright blue eye shadow and little Sally Draper is all grown up modelling for a cigarette company.

Yes, the main twist to these 80s Mad Men posters is that the cast is older, if not much wiser. Clever and creative, these 'contemporary' ads don't appear to be anything Draper would approve of.
0.6
Score
Popularity
Activity
Freshness
Jeremy Gutsche Keynote Speaker