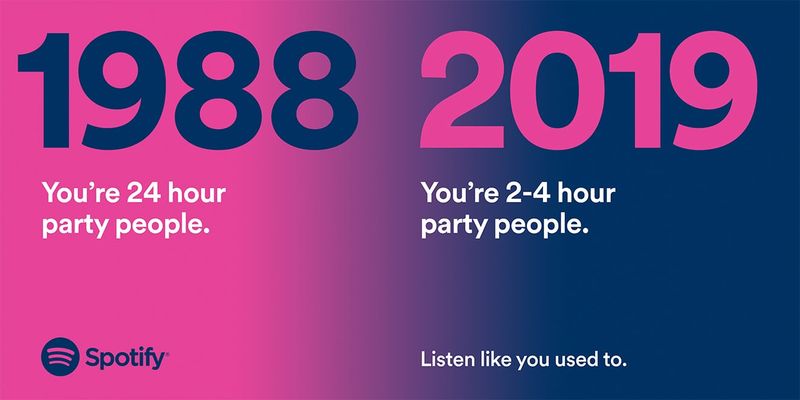 Spotify's Listen Like You Used To Campaign Targets Generation X

The messages leverage nostalgia to remind the viewer of how much has changed since they were young, essentially encouraging people to, as the ad's name suggests, listen to music like they used to.