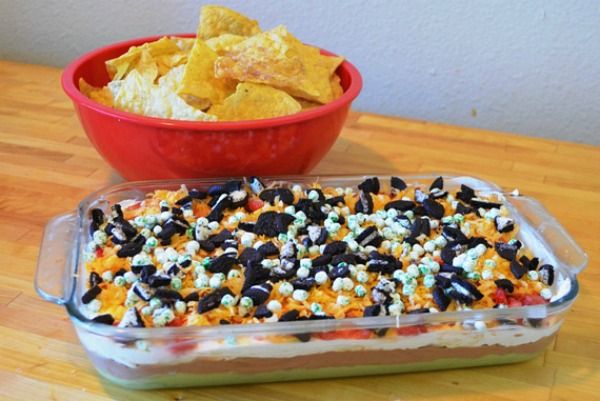 Meghan Young — February 3, 2014 — Lifestyle
References: foodbeast & neatorama
Share on Facebook Share on Twitter Share on LinkedIn Share on Pinterest
The 7-Layer Dessert Dip is a sweet take on the classic seven layer dip often consisting of avocado, beans, sour cream, salsa and more. In place of these savory stables are dessert items including Nutella, Cool Whip, strawberries, coconut, marshmallows and oreos. Each new ingredient is meant to not only replace the original ones in the recipe, but to also do so in a similar manner.

Created by the fine folk at Food Beast, the 7-Layer Dessert Dip was conceived for the Superbowl game that aired last Sunday. Of course, its a dish that could be served at any casual party. Not to mention that it is pretty basic to make. It is also meant to be eaten with nacho chips as well.
1.1
Score
Popularity
Activity
Freshness
Get Better and Faster